The Company recently secured a contract with the Belconnen Soccer Club for the construction of an outdoor entertainment area to the north face of the existing club.

The works consists of a raised stage area under a metal clad roof structure to the western end. To the eastern end is a set down area to be used for dining or as a beer garden with planter beds in selected locations. Access to this area is via a covered, steel framed pergola. The whole area is paved.

Along the north side of the area is 5 large water tanks which will be used to supply water to an extensive dripper system to be installed. A high level of lighting is included in the works together with extensive landscaping.

The project is scheduled to commence at the end of March with completion scheduled for early June 2006. 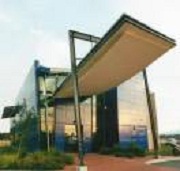