The Nan Tien Temple project successfully achieved a major milestone with the precast Super T spans of the bridge component of the project being erected over the M1 motorway.

In a three night operation between 8th to 10th February 2018 the bridge began to take its final form in spectacular fashion. The M1 motorway was closed down for the one night and traffic diverted to allow the erection of the final span with dual cranes set up on the motorway.

The significant logistical exercise also involved a planned shutdown of overhead power lines and work adjacent to high pressure gas lines. The Nan Tien Temple project and the bridge component in particular provide an important link between the Nan Tien Temple which is a major cultural institution in the Illawarra area and the Nan Tien Institute.” 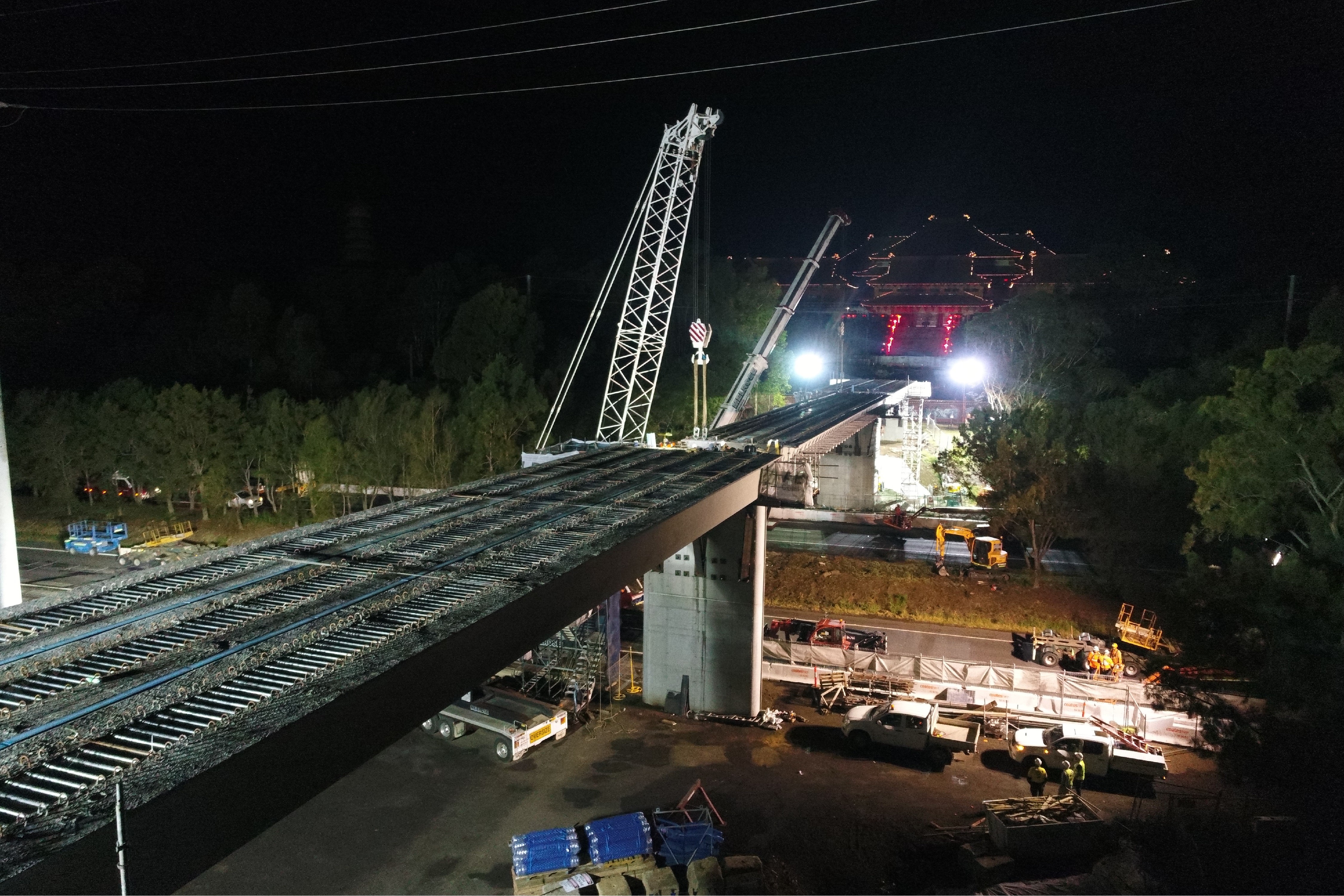 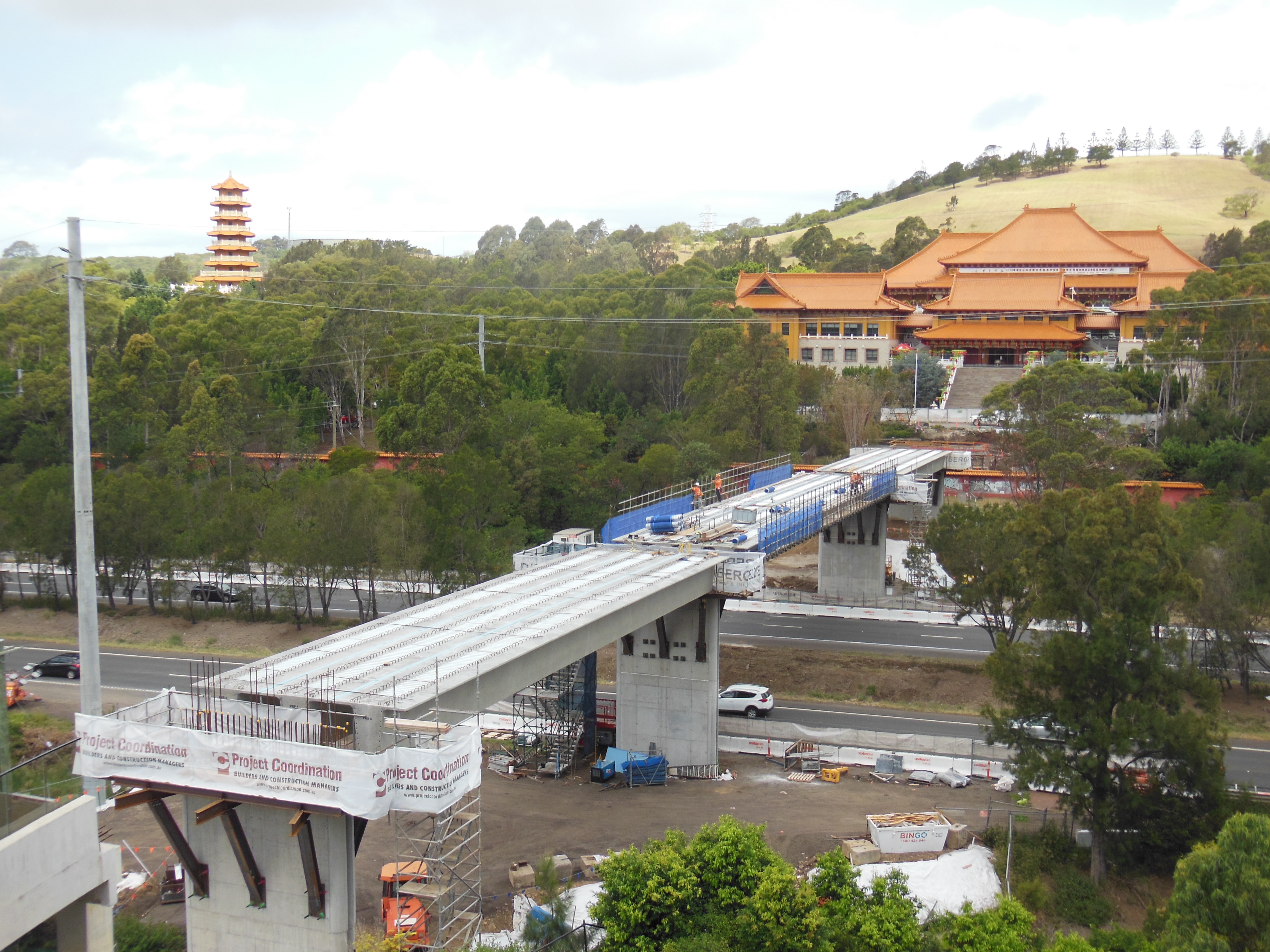