On Saturday 23 November 2002 the Belconnen Blue Devils played the first ever game at their new ground at McKellar in the ACT.

Project Coordination was highly praised for the construction of the grandstand which was named after club stalwart Ken Carter. Senator Margaret Reid officially opened the new facility.

This is the Company’s third project for the Belconnen Soccer Club, having already built the licensed club at McKellar and refurbished the other club at Hawker.

The game was played against Bonyrigg White Eagles in the NSW Super League and ended in a 2-2 draw. 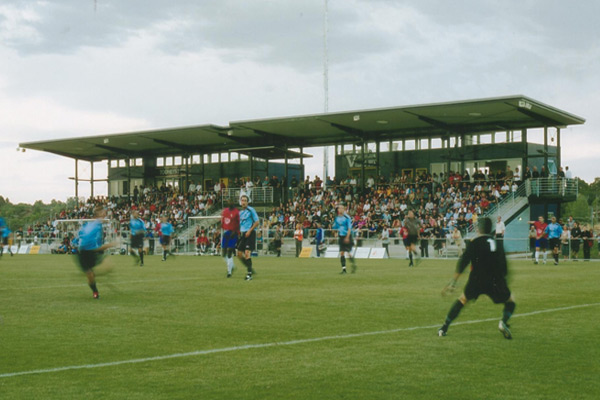