Project Coordination was engaged in late 2009 to carry out refurbishment works to the Canberra Labor Club Belconnen. The project consisted of refurbishments to the North and West façades of the Club throughout the Club’s Restaurant and Kitchen facilities.  Works included the construction of a new awning and an upgrade of the ceiling and carpet to create a vibrant new look. An extension to the northern façade now forms a new al fresco area which is adaptable to the weather with operable doors and shutters. A major refurbishment of the kitchen was also undertaken.

A requirement of the works was to allow the existing kitchen to remain operational during normal trading hours, to address this matter the project team and stakeholders coordinated enabling night works to be carried out. Work was conducted in two shifts per day to allow for a shorter construction programme and faster completion with minimal disruption to the Club. 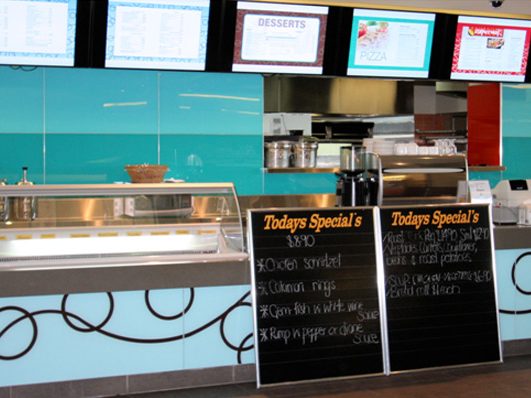