The project was carried out over three stages; and consisted of a mix of new building works and refurbishment of existing buildings. The intent of the works was to provide modernised classrooms to replace the numerous demountable buildings being used.
The first stage consisted of demolition of an existing amenities block and partial demolition of the administration block, The new two storey structure was connected and incorporated into the existing structure.
The second stage was the refurbishment of an existing school block built in the 1950’s, with an extension created at the eastern extent of the building.
The third stage consisted of a new natural themed outdoor play space and associated external works. 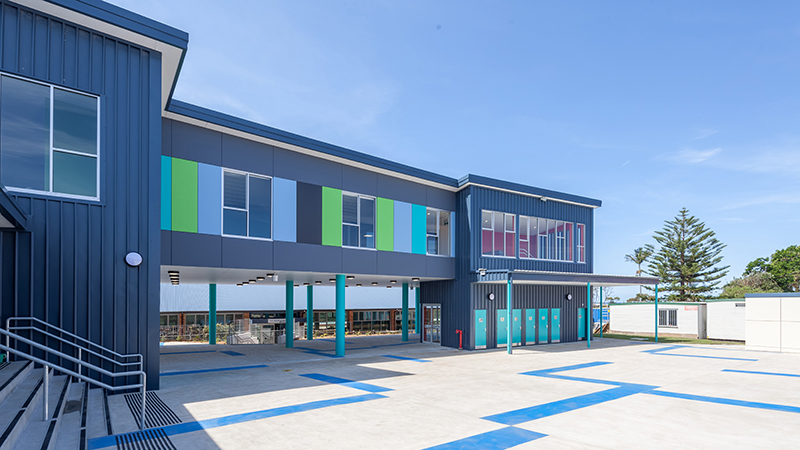 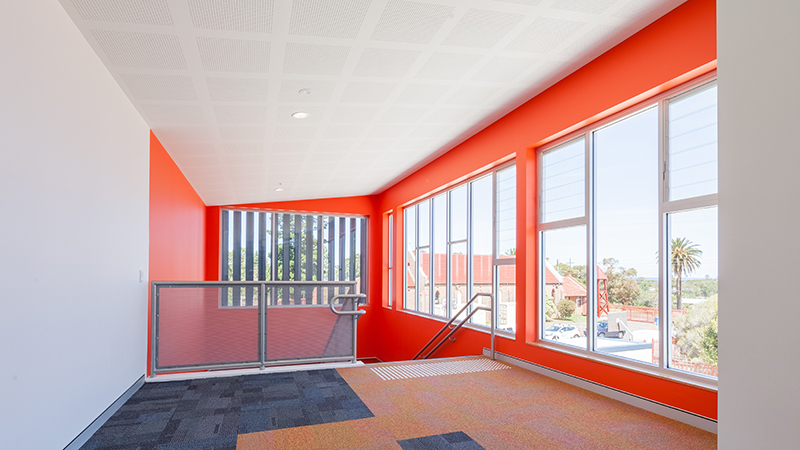 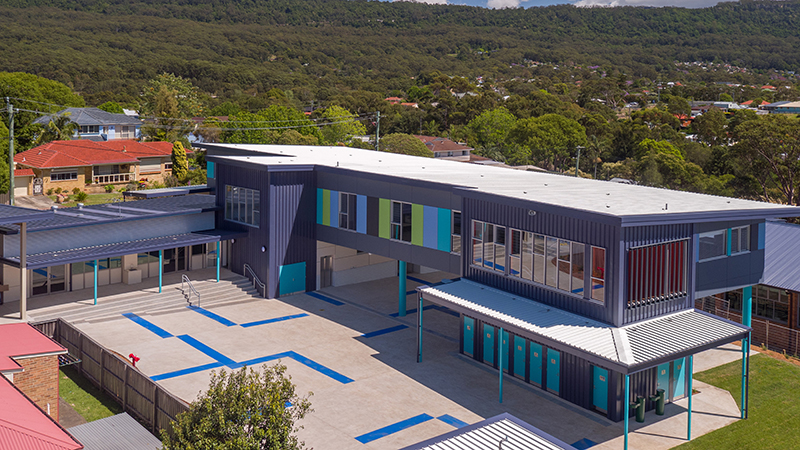